I have been making a series of works inspired by an old industrial site situated on the banks of the River Lune, in my home town of Lancaster in North West England. The majority of the old factories and warehouses here had been earmarked for demolition to make room for a new affordable housing development, and apartment blocks. Long before the construction companies moved in these old buildings had been left to rot. I began working at the site at the beginning of 2013 and have returned several times since to follow the progress of the development.

On my first visit to the site I got chatting to some people who had been employed at one of the factories, and were coming here daily to watch the buildings being demolished. They said that an important part of the town’s history was being wiped out, and expressed a mistrust of the developers, and those responsible for ringing the changes. It occurred to me that their memories and experiences had woven their way in to the fabric of the buildings; and as the buildings came down those memories would fade with them. It seemed wasteful that the old factories were not being restored to their former glory and incorporated into the new development. On the other hand, new people would soon come here to live in the affordable housing. Perhaps they would be optimistic and hopeful for a positive future; beginning the cycle all over again, and starting the next page in the history of the area.

The more work I did at the site the more it began to mirror a whole range of human emotions, fears and desires. Buildings seemed to gaze out across the river in sorrow; bulldozers transformed into greedy, powerful oppressors, fulfilling their dastardly plans; whilst packages containing new building materials appeared to glow with the hope and excitement of creation.

Please view a selection of the images below, click on an image to view in the carousel: 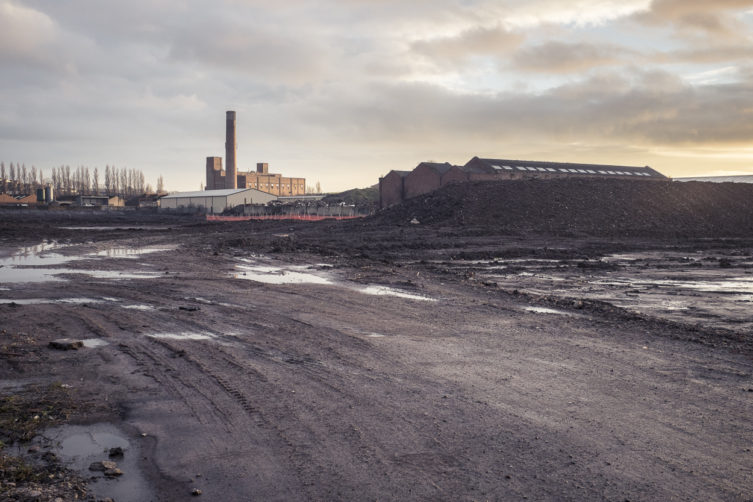 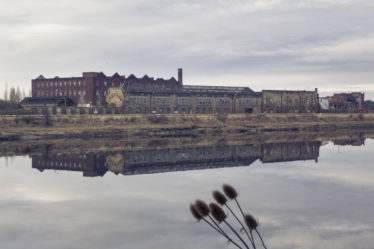 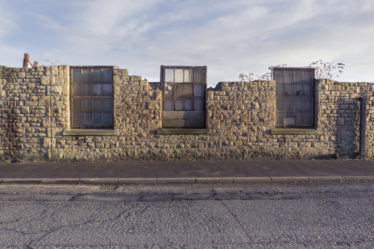 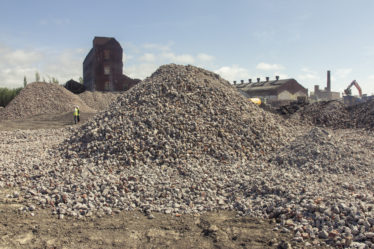 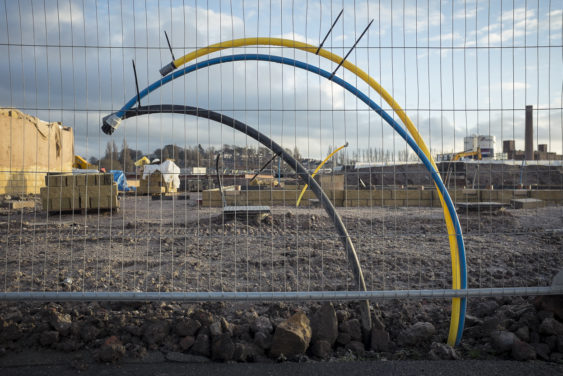 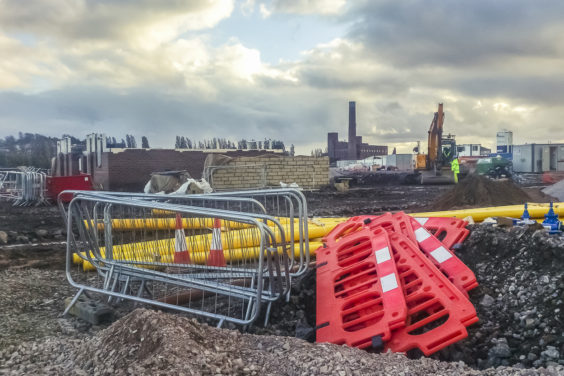 We Think We Can Make It – Photograph

I’m always interested to read your comments. Please take a moment to share your thoughts with me, using the form below.

This site uses Akismet to reduce spam. Learn how your comment data is processed.