At the edge of a retreating salt marsh 2021 – ongoing)

I have known this salt marsh at the edge of Morecambe Bay in north Lancashire since childhood and still walk here daily. In the summer of 2021, I began to study the salt marsh in more detail after noticing dramatic changes taking place there. One of the things that I love about Morecambe Bay is its constant, very visible expression of time; as if it is making and remaking itself day by day. Recently those transformations have been increasingly severe. The salt marsh is being eroded at an alarming speed, and where possible it is migrating inland into nearby fields.

Salt marshes are important. They are very effective at storing carbon, create a buffer between the coastline and the sea, and are a diverse habitat for many species. As I have studied the edges of the marsh I have been amazed at how the world adapts and creates itself, but at the same time, extremely concerned for the future of the salt marsh and the species that live there.

Erosion taking place at the southern end of the marsh over time. 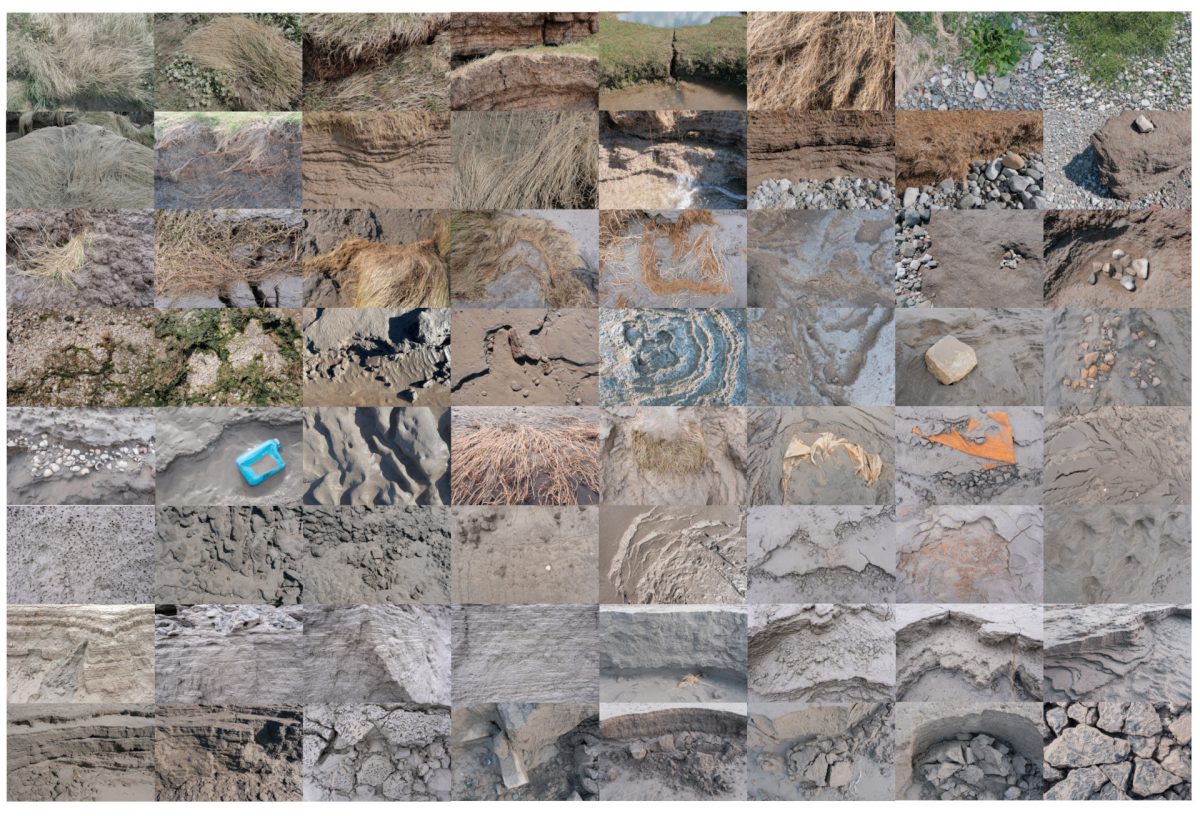 Study of erosion around the edges of the salt marsh and nearby mudflats, work-in-progress. 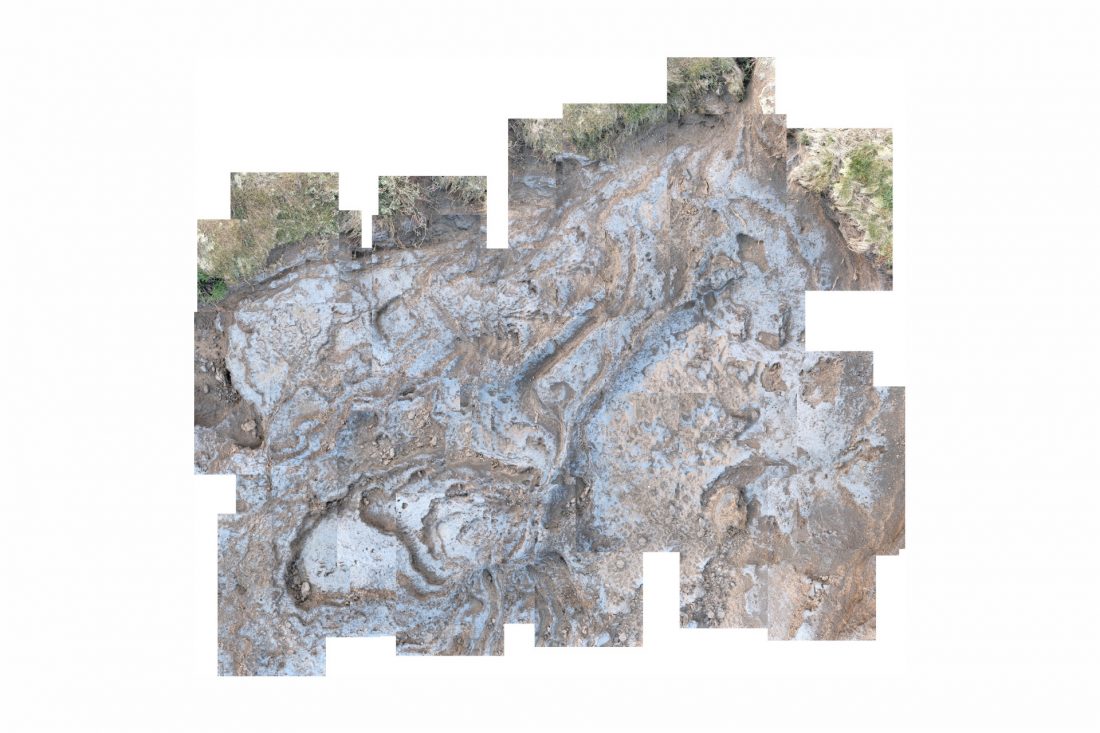 A large piece of earth at the edge of the saltmarsh, 27.04.22 – This work is made from multiple photographs taken from multiple viewpoints. Moving the body/camera so close to the ground, it is not possible to create a ‘perfect’ image that slots together like a jigsaw, but nevertheless that is how I have chosen to assemble it. I hope that the ‘glitches’ and ‘repeats’ point towards the passage of time, the shifting of the earth with each new tide, and the physical nature of my correspondence with the landscape.

Imperfect panorama depicting a huge drainage ditch cutting through the marsh to the north, adjacent to the River Keer estuary. 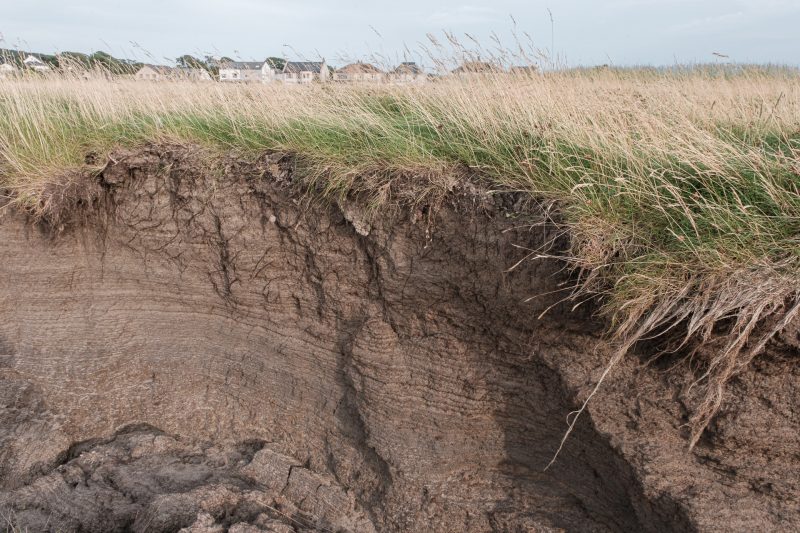